What is Jazz?
i think i have the right to ask the question.
According to Wikipedia:
Jazz is a musical style that originated at the beginning of the 20th century in black communities in the Southern United States.
It uses blue notes, improvisation, polyrhythms, syncopation and the swung note. 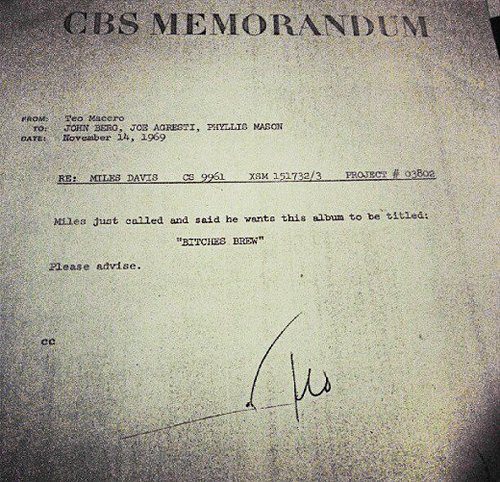 Jazz is considered difficult to define…

In April of 1970, 42 years ago, Miles Davis released Bitches Brew.
On that album, Davis rejected traditional jazz rhythms in favor of a looser, rock-influenced improvisational style.
At that point was he no longer playing Jazz?
or had the definition of jazz changed?
According to Wikipedia:
In a 1988 interview, trombonist J. J. Johnson said, “Jazz is restless. It won’t stay put and it never will”.